EDMONTON — Heads turn when Terry O’Neill hits the road.
It’s because of his vehicle of choice — not a bicycle or a convertible, both of which have been seen on Edmonton city streets during this week’s extreme cold snap.

On a mind-numbing Thursday that saw temperatures drop to -37C with the wind chill, O’Neill did the same thing he’s done for the last 587 days. He fired up his electric unicycle and hit the road.

“It’s basically just a battery and a wheel with a self-balancing mechanism like a Segway used to have,” O’Neill told CTV News Edmonton. “It goes much, much faster, it’s far more mobile, and way more usable for doing things like getting around town.”

When O’Neill began using the electric unicycle to commute back in 2017, he said he never thought he’d end up riding it in Edmonton’s notoriously cold winters.
But when the deep freeze hit that first year, he kept using it and discovered it was actually faster — and more pleasant — than driving a car.
“This week I see all sorts of people driving around having accidents and really complaining about how hard it is to drive. I love my ride to work every day,” he said. “I put a snow tire on this little guy and it just chomps through days like today with no problem at all.” 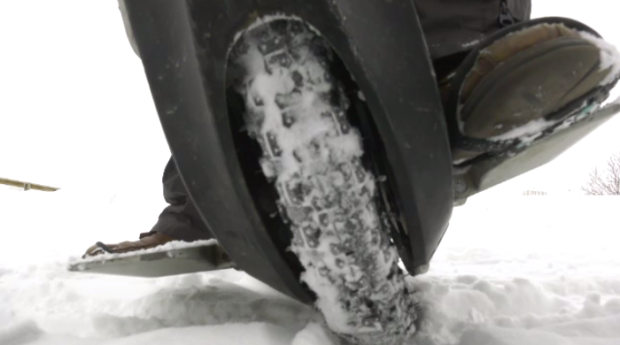 O’Neill said it used to take him up to an hour to commute to work because of traffic and trying to find a parking spot.
Since hopping on the one-wheeled wonder, he said his seven-kilometre commute has been cut down to about 12 minutes in the summer and 22-23 minutes in the winter, in part because he just stores the tiny vehicle under his desk.
That ride to work is surprisingly energizing, even in the bitter cold.
“I actually get thumbs up and cheers and people saying ‘You go!’ kind of thing, and that’s an awesome way to start your day,” said O’Neill. “I’m having fun and people are having fun with me.”
Another benefit is the cost savings. Where a car used to cost around $800 per month to operate, O’Neill said the electric unicycle costs him a measly 17 cents a week to operate.
How does he keep warm? The same way as everyone else: A scarf, a warm jacket and pants, and of course, he adds goggles to keep the snow out of his eyes.
“I’m absolutely peachy keen,” he said. “I’ve ridden every day this week and every day for the last couple of years, even on those super icy days.”
Electric unicycles range in cost from $1,000 for a good quality model to the best model at around $3,000, O’Neill said.
Even if he’s comfortable riding in the cold weather, some relief is on the way with temperatures expected to rise dramatically next week. 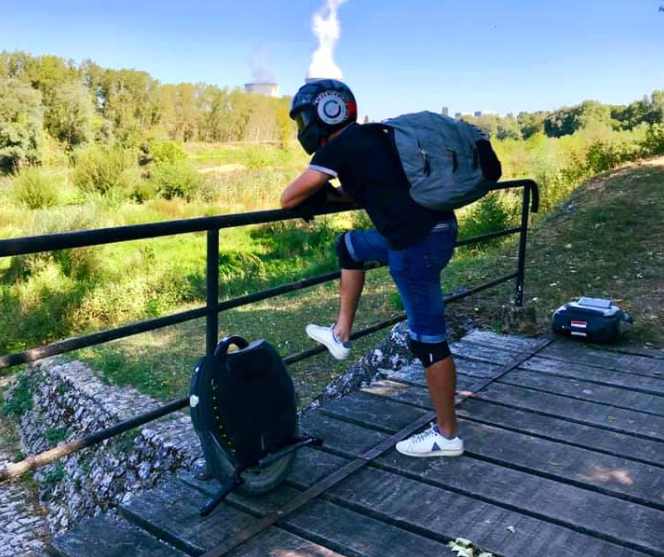